Tony Cairoli back to the top

The new circuit of Frauenfeld hosted the fifteenth round of the MXGP 2016. The track, set in a wide valley, bordered on one side by the grandstands packed with massive crowds since Saturday morning, was the scene of one of the most beautiful races of the year. 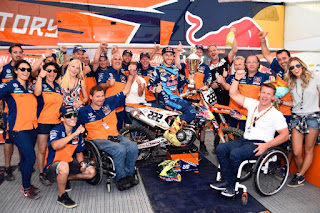 Under the eyes of the more than 25,000 spectators, that came from all over Europe, Tony Cairoli won his seventy-seventh Grand Prix of his career, consolidating its second position in the standings, reducing the gap from the top by four points. With a good speed already during the practice, with his KTM 450 SX-F he won the second qualifying race of the year, picking the first gate for the two Sunday's races. Coming well in to the first corner, the Red Bull KTM Factory Racing Team rider took the lead at the second corner, pulling away immediately from the rivals with some really fast laps. 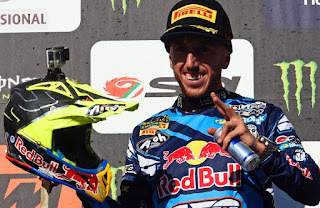 Briefly the gap has become unbridgeable and after eighteen laps Sicilian crossed the finish line first. At the second start Tony again got away well, taking the lead after one corner, exciting the public with his perfect style. Reached after three laps, he upped the pace, with a prudent race that would ensure the victory. Third till few corners from the finish line he crashed with a lapped rider, finishing in fifth place, winning the Grand Prix of Switzerland, a race that was not in the calendar for the last fifteen years. 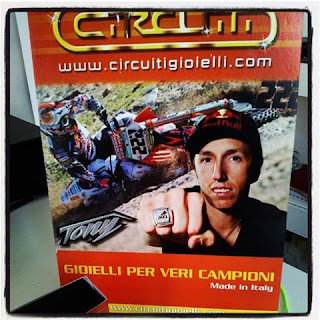 Antonio Cairoli: "Everything went well this weekend, we have moved again on the 450 and switching bike its not so easy but my goal it's to choose what bike use for next year so thats why we are making so many test and changes. I have to say that I'm happy today, because the speed is there now and that's really important. In the first moto I've pulled away a little bit and I was in control on a nice track that was very technical with some deep ruts. In the second moto I took again a good start, trying to pull away again but it was not possible because Tim was really fast. 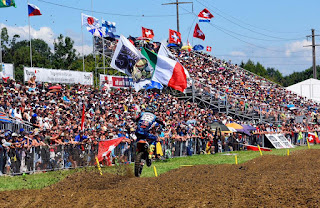 He went close to me and he passed me, then I've tried to follow him but my fitness is not yet at he top, so I couldn't hold for so long the rhythm and I did some mistake. Than Romain passed me but it was not a problem for the final victory, so I rode very conservative and carefully, to secure the Grand Prix victory but in the last lap I had some troubles with a lapped rider and I made a small crash that costed me two positions and I was very disappointed. Anyway we get the overall on this beautiful venue, in front of this fantastic public and thats the most important. Now we have some time off, to make some testing before Assen and we will be ready to make a good race in the sand."
Next Grand Prix: Netherlands, Assen 28/08/16
Race 1:
1-A.Cairoli, 2-G.Paulin, 3-C.Desalle, 4-J.Van Horebeek, 5-V.Guillod
Race 2:
1-T.Gajser, 2-R.Febvre, 3-G.Coldenhoff, 4-E.Bobryshev, 5-A.Cairoli
Grand Prix:
1-A.Cairoli 41p. 2-T.Gajser 37p. 3-R.Febvre 35p. 4-G.Paulin 32p. 5-G.Coldenhoff 30p.
World Championship Standings:
1-T.Gajser 644p. 2-A.Cairoli 545p. 3-M.Nagl 509p. 4-R.Febvre 499p. 5-E.Bobryshev 472p.
Etichette: motocross mx mxgp Tony Cairoli