Tony Cairoli out in Imola

This weekend the Imola road racing track hosted the MXGP of Italy, the twentieth and final round of the 2018 season. 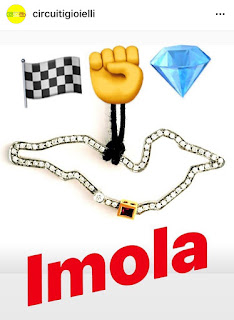 On the famous Italian circuit Tony Cairoli wanted to put in a strong performance for his tifosi, before flying to the USA for the upcoming MXoN that will be celebrated in Red Bud next week. Unfortunately for everybody, Tony wasn’t able to ride today after the heavy crash in which he was involved yesterday during the qualifying race. The KTM Red Bull Factory Racing Team rider was charging for an impressive come back after the start before a crash saw him land outside of the track, landing heavily on the asphalt of pit lane, injuring himself in the process. 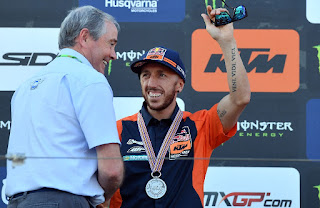 After a tough night and some treatment in the morning the Italian rider was forced to keep his KTM SX-F 450 under wraps, unable to make the start line of either moto. Tony ended the 2018 season second overall, for a thirteenth podium overall in fifteen years, with an incredible personal record of 9 titles, 3 second places and one third. 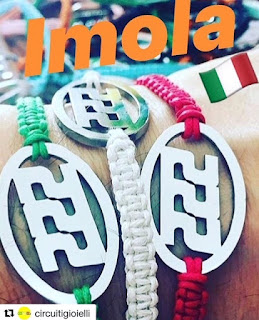 Antonio Cairoli: "First of all I have to say that Imola is a great place to ride, I’m really happy about this and I think that this is the way to take our sport up to the next level. On the other hand I also have to say that there were a lot of dangerous places around the track and this side of things will need to be worked on in the future to keep us safe. Yesterday I made a mistake and crashed, luckily not injuring myself too badly, but I landed really hard on to the asphalt. I was really bummed not to be able to race in front of my home crowd but I was incredibly sore this morning. I tried having some treatments to enable me to ride during the warm up but even as a guy with a high pain threshold I just couldn’t do it this time. I also didn’t have the chance to get a good start from the last gate so I had to look at the bigger picture of next week’s Motocross of Nations. It’s a very important race for me and for team Italy, so along with the team we decided to not take the risk."
Race 1
1-J.Herlings 2-T.Gajser 3-C.Desalle 4-G.Paulin 5-J.Lieber