Tony Cairoli on the podium at Red Bud 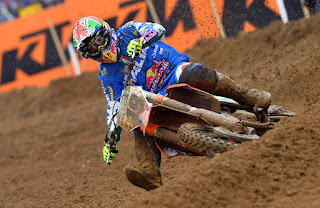 At the end of the three race races, the Red Bull Factory Racing Team KTM rider climbed with Michele Cervellin (MX2) and Alessandro Lupino (Open) on the second step of the podium with the Italian team, thus catching up with Italy best placement of the last fifteen years at the Grand Prix of the Nations. 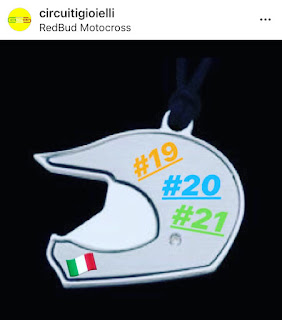 The seventy-second edition of the most spectacular Motocross race of the year, in which the best riders from all over the world compete, began with the victory in Saturday's qualifying in the MXGP class, in which Cairoli was lined up. With his KTM 450 SX-F, Tony started first and made a solitary race, imposing his rhythm and crossing the finish line first, after twenty minutes plus two laps, also scoring the best lap time. 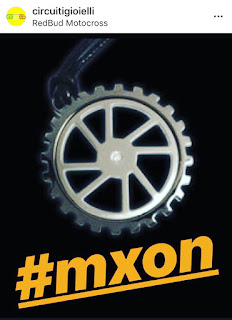 After an excellent warm-up ended in first place, the nine-time World Champion has lined up at the start of the first heat on Sunday, which saw the MXGP riders racing along with those of the MX2 class. The jump out of the gate was perfect and Cairoli arrived at the first corner first but a slip on the ground forced him to restart in last place. On a track made muddy and insidious by the abundant rainfall over the whole area throughout the weekend, Tony has become the protagonist of a wonderful comeback, finished in sixth position. The Italian champion then returned to the track for the third decisive moto, the one in which the MXGP and Open class riders challenged each other to win the Chamberlain trophy. The jump at the start was again the best but at the second corner a mistake cost him precious time, making him slip into eighth place. In few laps, however, the much higher pace allowed him to reassemble up to the fourth place, before things got more complicated when a problem with the googles forced him to remove them, having to face more than half manche without. Combative as always Cairoli did not give up and he fought with all his strength until the end, reassembling again up to the fourth position, followed by his “Maglia Azzurra” teammate Alessandro Lupino. Thanks to the result of the third heat, Italy has returned to the podium of the Nations after five long years. 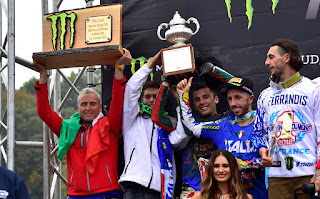 Antonio Cairoli: "First of all I have to say that we are really happy to be on the podium, it’s amazing because after the crashes of last week in Imola of both, me and Alessandro, we didn’t even expect to be here but we did a strong race and we could also win. Yesterday I felt good on the track and also today I had a good feeling, unfortunately with my crash at the start and Alessandro crash in the second moto we lost for two only points and it hurts but I’m very proud to be on the podium of the most important race of the year with him and Michele and I want to thank the Italian Federation for the trust in this group and YouthStream to organise once again such a great event."
Race 1 (MXGP-MX2)
1-J.Herlings 2-G.Paulin 3-J.Prado 4-E.Tomac 6-A.Cairoli