It was not the easiest weekend for Tony Cairoli but TC222 still managed to climb on the podium once again. 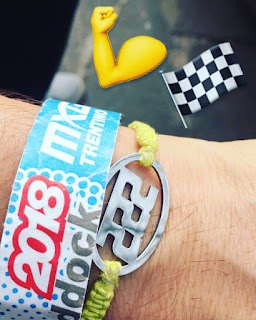 The KTM Red Bull Factory Racing Team rider ended Saturday’s qualifying race with a good second place, showing good speed and pace. In Sunday’s first moto Tony got out of the gate well, but contact with another rider at the first corner caused a stone to jam between his brake disk and pads, locking the front wheel when jumping. 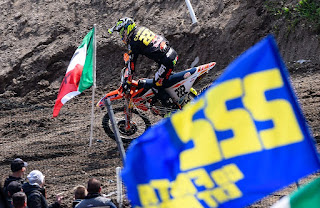 The first few laps were quite dramatic with Tony losing a lot of positions, dropping down from almost second to out of the top ten within three laps. When the stone was finally ejected from the brake Cairoli was free to push hard, recovering well and climbing through the field back up to fourth with some superb overtaking. At the second start the nine time World Champion took his KTM 450 SX-F to the hole-shot, leading for a few laps, before losing one place after a small mistake, riding in second until the finish line, taking a solid third overall with 40 points. Cairoli is currently second in the world championship standings, with 181 points, with the fifth round of the 2018 MXGP coming in seven days on Agueda’s red soil. 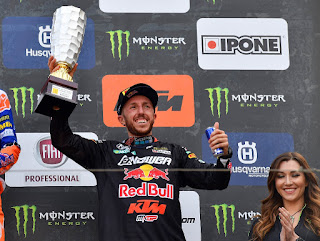 Antonio Cairoli: “Of course for the championship it’s always good to finish on the podium but having said that I know that it could have been a little better today. In the first moto I had a good start but then something happened on the first corner. A stone wedged between my disk and brake pads and my front wheel locked up a few times during the first 3/4 laps, making it pretty sketchy out there. I lost a lot of positions, dropping down to eleventh, before the stone dislodged itself and the wheel was free again. It was then difficult to come back but I tried my best to overtake as many riders as possible, climbing back up to fourth place. In the second moto I took the hole-shot and I tried to immediately get into the right rhythm. Unfortunately I made a little mistake at the braking point of the first corner after the finish line, going too far, allowing Jefferey to make a good move on me and take the lead. Now we’re looking forward to the next race in Portugal, I really like the track in Agueda, where the ground is softer and there are more possibilities to find different lines.”
Race 1
1-J.Herlings 2-C.Desalle 3-R.Febvre 4-A.Cairoli 5-T.Gajser