The penultimate MXGP round was disputed today in famous TT Circuit of Assen, where for the third year in a row, with an impressive bunch of sand, the local organiser, transformed the "Cathedral of Speed" in a demanding and tricky motocross track. Tony Cairoli had a very good weekend, clinching the fourteenth podium of the season, consolidating his second place in the standings, with one round to the end. 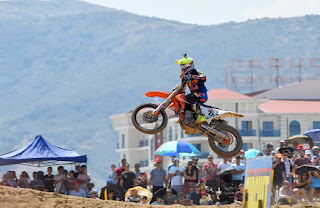 The KTM Red Bull Factory rider, with a good progression, was fourth in the free practice session, third in the timed session and then second at the end of Saturday's qualifying race. Sunday, at the start of the first heat, he launched his KTM 450 SX-F in to a fantastic hole-shot, the nineteenth of the season so far, losing the lead during the first lap but riding in second place till the chequered flag. In the second moto Cairoli started fourth but managed to take the lead during the third lap, fighting for the victory till a lapped rider crossed his line. Cairoli had then to stop to avoid a dangerous contact but this costed him the lead and a couple of seconds on the lap time. The ninth time World Champion crossed then the finish line in second again, for a fantastic second place overall. The last round of the MXGP will be hosted in two weeks on the home soil of Imola, in the famous "Enzo e Dino Ferrari" circuit. 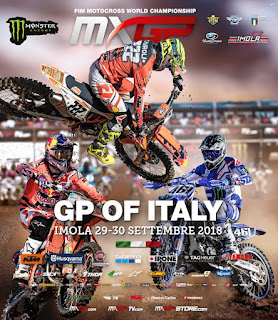 Antonio Cairoli: "I feel good, it was a long season and a lot of things happened. In the beginning of the season I was well prepared to fight but then I've made a few mistakes and I had some injuries that costed me a lot. Jeffrey deserved this title, he was the fastest and the strongest all the time long and now we have to keep working for be ready for next year. I know that I can still be more competitive if I work on some specific areas and it's a nice challenge. Thanks to KTM Red Bull factory Racing Team to let this happen. Today I'm really happy about my speed, I've just made a little mistake with that lapped rider but overall it was a very fun race with such an incredible crowds. Now I can't wait to race in front of my fans in two weeks and then to go to USA for the MXGP of the Nations."