Tony Cairoli fulfilled a lifelong dream today, as he got the chance to drive a full blown Formula 1 car on the Spielberg circuit that hosts a GP in July. 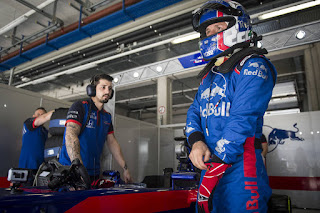 This incredible opportunity came as a gift from Red Bull in celebration of Tony’s ninth world title that he won in Assen last year. The current MXGP champion had none other than former F1 GP winner Mark Webber as his tutor. Mark advised and guided him through the various steps needed before he got to make his first two runs in a Formula Renault 3.5. Next up was four more runs, totalling 20 laps, behind the wheel of a Toro Rosso, scoring some respectable lap times and making progress with every lap. With his innate aptitude for speed, combined with his great passion for motorsport TC222 managed to surprise everyone with performances that were nothing short of amazing. Cairoli is more ready than ever to face his next challenge, the Grand Prix of France, this weekend, on the St. Jean d'Angely track. 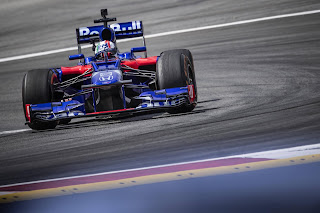 Antonio Cairoli: "I want to thank Red Bull for this fantastic opportunity, few people ever get the chance to experience this and I'm so glad that I was given this chance. The things that impressed me most with the car were: the unbelievable technology of the vehicle, the acceleration, the power and the braking without limits.

I felt an incredible adrenaline rush, even though I didn’t have time to develop a good eye for the track, and it was also a totally different way of driving than the motocross and rally that I'm used to. The bit that I found most difficult to deal with was the lack of mobility within the cockpit, which although vitally important in keeping you stable, is a million miles from the extreme feeling of freedom that I feel when riding my bike."
Etichette: formula 1 motocross mxgp red bull Tony Cairoli