It’s been a pretty special day at Redsand for Antonio Cairoli. 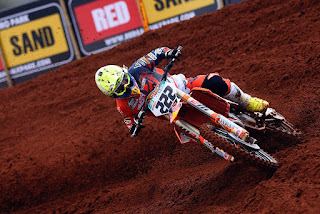 The nine time World Champion set many new records today as he won both motos and the GP. At the third round of the year Tony took his 84th victory of an astonishing career which has seen him take at least one win a year for the past 15 years in a row, whilst also landing his 300th heat podium. Tony, who rode for the first time on the Spanish soil of this new venue yesterday, took a solid fourth place in the qualifying race after making a strong come back due to contact with another rider at the start. In the first heat of Sunday’s races his start was not perfect but he managed to recover from eighth to second in the space of one lap, showing an incredible pace right from the outset of the moto. 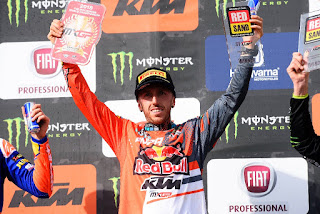 Tony remained in second until midrace before putting a move on the leader, then pushing hard until the end, taking the first 25 points of the day. When the gates dropped for the second time Cairoli took his fifth hole-shot of the year, immediately trying to put some distance on the pack as he hunted down his second win. After losing the lead it took TC five laps to regain his place at the front, where he remained until the chequered flag and his second victory of the day. With today’s 50 points the KTM Red Bull Factory Racing Team rider is back on top of the MXGP standings, equal with fellow brand mate Herlings, with the red plate on his KTM 450 SX-F. Next round of the MXGP 2018 in 14 days on the home soil of Arco di Trento. 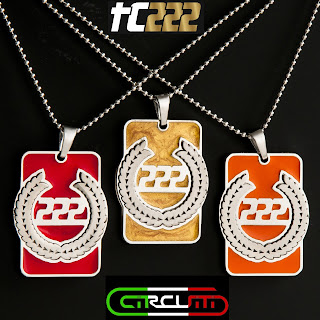 Antonio Cairoli: “I’m really happy about the weekend, we are still looking for the best setup of the bike but we are on the right track, we made some structural changes on the bike before coming here and we have stepped up in a really good way. First moto I didn’t have the best start possible, I was 12th, but I managed to get back to second on the first lap, which was a job well done. I struggled to pass Febvre for the lead until half race as I was pretty tired, but thankfully I managed it. 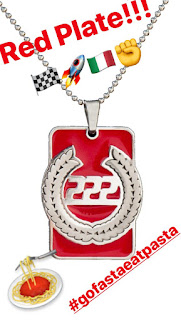 My second start was way better, with a hole-shot, but then Paulin was very aggressive in the first lap and he passed me, getting a really good rhythm going at the beginning of the race. I followed him until I found a spot to pass him back and from there I was able to control the race until the chequered flag. It’s very nice to get my 84th. Grand Prix victory here in Spain, where I have never ridden before, and to get the red plate on my bike before our first home race in Arco in two weeks, in front of my fans.”
Race 1
1-A.Cairoli 2-J.Herlings 3-R.Febvre 4-C.Desalle 5-J.Lieber