The sixteenth round of the MXGP, the Grand Prix of Switzerland, started well for Tony Cairoli, who was fast during free practice, eventually ending in third place. 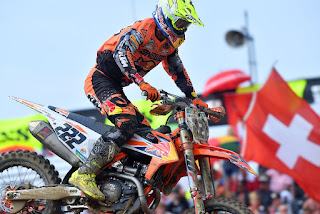 The KTM Red Bull Factory Racing Team rider was then second in the timed session and won the qualifying race in the afternoon, grabbing the first gate pick for Sunday’s races. The start of the first moto was good as Tony was able to take his seventeenth hole-shot of the year, but at the second corner he was closed in by some riders, dropping down to eighth and being forced to push hard in order to come back. Third after five laps, Cairoli tried to pass for second place but crashed hard, injuring his right knee, on lap six. With a damaged bike the ninth time world Champion could then only complete the race in eighth place. After several checks and some ice therapy he was then able to come back on his KTM 450 SX-F in order to make the start of moto two. TC222 had a decent start in fifth and managed to end in sixth, fighting more with the pain in his knee than with his opponents. Only a RMI will now tell us if Cairoli's right knee is seriously injured and this will be later in the week, before the next round, in seven days, on the Bulgarian soil of Sevlievo. 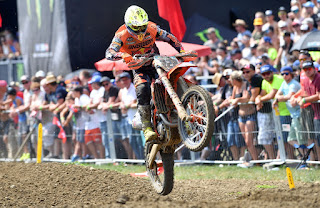 Antonio Cairoli: "The weekend started very well with yesterday’s win of the qualifying race, as I was feeling good on the track and with the bike. In the first moto, after grabbing the hole-shot, I got stuck in traffic on the second corner and I came out in about eighth. I pushed really hard to get back towards the front because I saw that Jeffrey had taken the lead and I need to stay with him if I want to have any chance of winning the race. I passed a few riders, before passing Febvre for second, right on the back of Desalle, trying to pass him immediately. I went a bit too fast and I stalled the bike on a rut of a jump, flying over the handlebars and crashing hard. I knew straight away that something was wrong with my right knee but I tried to finish the race, even though the handlebars were bent and the front brake was broken. It was very difficult to get back into the rhythm and I could only finish 8th. In the break time between the two motos I had some checks and ice on my knee and we decided to race the second moto. The start of the race was ok and I just tried to keep the rhythm with the guys in front. It was ok and I was running in fifth place before I started to feel tired because I was riding a bit different than usual, protecting my knee from further injuries and I dropped down to six, which was still ok. The priority now is to check the knee and hope it is not too bad so that I can finish the season with no other problems." 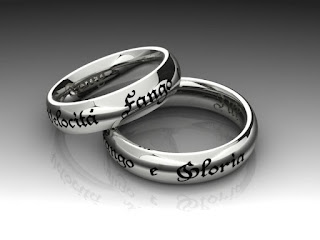