Tony Cairoli the king of Mantova

After a five-week break, the FIM Motocross World Championship was back, at the sandy track of Mantova. 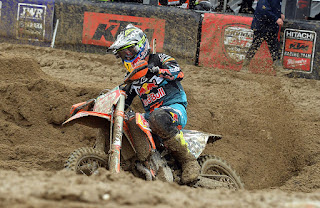 The fifth round of 2019 took place in particularly difficult weather conditions, with heavy rain falling continuously for almost 20 hours, profoundly influencing the track conditions. Hard and insidious on Saturday, the "Tazio Nuvolari" had turned into a challenging quagmire come Sunday, making the starts crucial in both races. 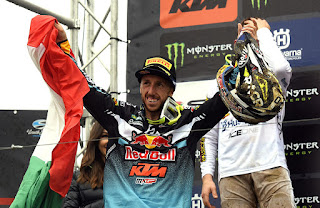 Antonio Cairoli, on the back of three victories and a second place in the first four Grand Prix races of the year, faced his home race determined to deliver a victory to his fans, of which there were plenty, despite the adverse weather conditions. Second in Saturday's free practice, the KTM Red Bull Factory Racing rider got the third best time in the timed session, and then won the qualifying race, after pulling the hole-shot. After second place in Sunday's morning warm-up on the flooded track, Tony grabbed a fantastic hole-shot in race one, pulling a gap after the first few corners and managing the margin for the whole heat, crossing the finish line first, after 15 challenging laps. In race two, aboard his KTM 450 SX-F, Cairoli again hit the front, flying towards a magnificent double and with it 50 more points. With 241 points in the standings Tony extends his advantage over second position to 40 points. Next stop with the MXGP is in seven days in Portugal, on the red dirt of the Agueda circuit. 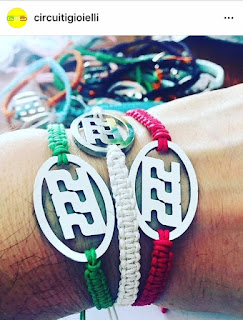 Antonio Cairoli: “It was very nice to be back in Italy and despite the weather there was a lot of people here today. The race itself went perfectly and we knew the start would be important, especially on a track that was so rutted – it was completely different to what it was yesterday. I’m really happy and thanks to all the team for their great work. It is very early to look at the standings so my focus is to stay in front as long as possible and try not to make a mistake. Hopefully we can be on the podium again next week in Portugal. It is important to be consistent and my goal this season is to always be in the top three. We’ll see how it goes. I would like to dedicate this victory to my mother Paola that passed away 8 years ago and to my wife Jill, that will be mother in autumn, as in Italy today it’s the mother day.”
MXGP Race 1
1-A.Cairoli 2-P.Jonass 3-A.Jasikonis 4-M.Anstie 5-C.Desalle
MXGP Race 2
1-A.Cairoli 2-B.Bogers 3-P.Jonass 4-G.Paulin 5-G.Coldenhoff
MXGP Grand Prix
1-A.Cairoli 50p. 2-P.Jonass 42p. 3-G.Paulin 33p. 4-C.Desalle 30p. 5-G.Coldenhoff 29p.
MXGP Standings
1-A.Cairoli 241p. 2-T.Gajser 201p. 3-G.Paulin 175p. 4-A.Jasikonis 146p. 5-C.Desalle 142p.