After 7 month, 18 Grand Prix, 17 qualification races and 34 motos, Antonio Cairoli was crowned today as the 2017 MXGP World Champion. The Sicilian won in Assen his ninth title of Motocross World Champion and after two in MX2 class, five in MX1, this is the second title in MXGP, the first with a KTM SX-F 450. The weekend started with caution, deciding not to participate in the Saturday’s free practice session, because of the flooded track by heavy rain fallen in the previous night. Ninth of the timed practice, Cairoli struggled a bit during the qualification race, crashing while he was going for the top five, recovering after a poor start and ending in tenth place. 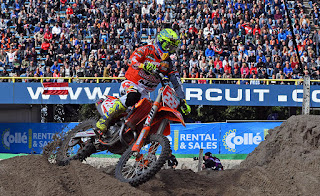 Sunday it was a different day, sunny and warmer and in front of an amazing crowd the KTM Red Bull Factory Racing Team rider took a fantastic hole-shot, the fifteenth of the season and tried to pull the gap in the firsts laps of the race. Rejoined by his fellow team mate Herlings he battled till the last corner with him, giving to the Dutch spectators an incredible show and crossing the finish line in second, grabbing the title. In the second moto, after a not so brilliant start he tried to recover as fast as possible with his KTM 450 SX-F but during the third lap had a trouble with the tear-off of his google and had to ride the whole heat with one lens only, struggling with the clear vision and crashing while he was going for second, two laps to the end, finishing in sixth place. Fourth overall, one point only from the podium, TC222 went on the stage to collect the gold plate of the World Champion. Next and last round of the year in one week, on the French hard pack of Villars sous Ecot. 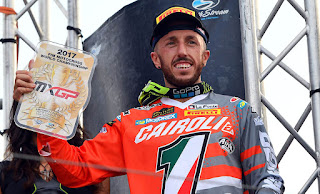 Antonio Cairoli: Antonio Cairoli: “Winning this title was very important for me and for the whole team. We didn't start as favorite this year but we worked hard during the winter to be ready to fight again after the last two difficult seasons. It was an amazing year, my best so far I think and it’s amazing to notice that I can still improve myself after 14 years of riding in the World Championship and I’m proud of this. I’m pretty sure that we can still do better and improve in some areas. Today the first moto was very good, I had a good start and we fought with Jeffrey for the entire race, till the last corner. In the second one I took off all my lenses in one time at the third lap, while I was recovering from a poor start and from then I struggled with visibility during the all moto, what caused me also a little crash when I was going for the second place. Anyway the title was the main goal even if I’m not completely satisfied about the race with how the second heat went. This title is very special to me, also because it's the first with a KTM 450 and it pays off all the work we’ve done to develop this bike and to made it fitting to my riding style. I want to thank all my team, all the people that works in the KTM factory, my family, my sponsors and the fans all over the world for their amazing support through the years.” 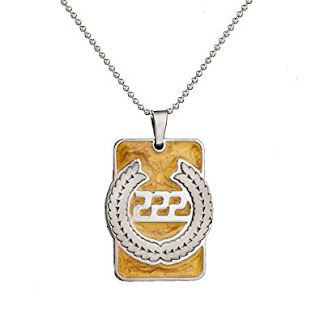