It’s difficult to imagine a better home GP for a rider, than the one that Tony Cairoli experienced here today in Ottobiano, in front of thousands of his adoring fans all cheering loudly for their hero. The Sicilian was first in both free and timed practice and then won the qualifying race after a dramatic start that saw him almost crash at the first corner and exit the second in fifteenth. The KTM Red Bull Factory Racing Team rider was able to battle back through the pack and take the lead with only two laps left to run, grabbing his fifth pole position of the year, under a viciously hot sun that saw the mercury hitting 36°. 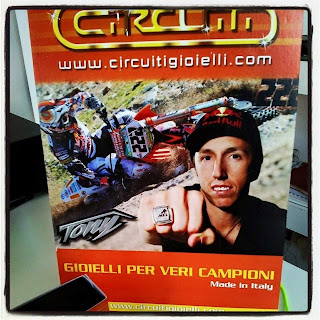 Sunday’s first race was like a victory parade for the eight time World Champion as he led from the first to the last corner, leaving his rivals to battle for the lower positions. In the second moto Cairoli again grabbed the hole-shot, on his KTM 450 SX-F, and battled for half the race with his team mate Herlings, before taking charge at the front and opening up a 30 second advantage that he took to the flag for win number two, in very warm and humid conditions. With the 81st. GP victory Cairoli extends his lead in the standings to 67 points over second position and 70 on the third, with only a week to wait before the twelfth round of the MXGP 2017 hosted at Agueda, in Portugal. 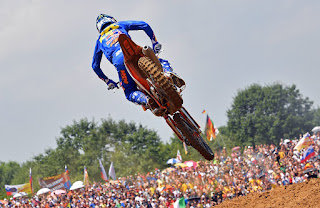 Antonio Cairoli: “It’s always very special to win your home GP but it can be quite stressful! It’s very tough because I think that pretty much every fan I spoke to asked me to do it so you feel all this extra pressure and you're always busy with sponsors and events. Thankfully it all came good, I’m pleased and I hope the fans were too. We’ve made it two home GP wins from two this year and this makes me proud, even more so today because I’ve heard a lot of people saying: “Cairoli is finished” in the past two years. To win here, on this technical and rough track, in these tough conditions wasn’t easy but I’m still here in front. I don't say this because I won but because I know my value, I know how much I’ve struggled during the past two years with injury and how much we’ve worked to be where we are today. I think that today the public was happy with some decent races and good battles. This year I feel good with myself and with the bike, I’m not here to win all the races but for the bigger goal, that of the Championship. I’m happy to see that so many people still come to see me racing after more than 10 years and I give 100% for them to pay back their support. I’m also thankful to my team and to KTM because of the great job we do on the bike with development and improvement.” 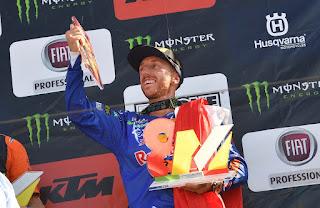