Tony Cairoli’s eightieth victory finally came today on the technical track at Talkessel, Germany, where the eighth round of the 2017 MXGP was being hotly contested. The weekend started well for TC, with his third victory of the season in the qualifying race. 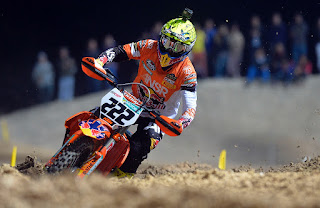 The KTM Red Bull Factory Racing Team rider got the hole-shot from the third gate, and managed to lead from the first to the last lap of Saturday’s race.
Sunday, he pulled another hole-shot in moto one, coming out of the first corner together with his team mate Coldenhoff. After five laps the eight time World Champion was passed by fellow KTM rider Jeffrey Herlings, who pulled out a solid gap. 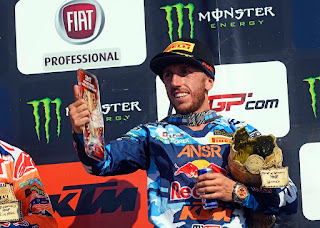 Cairoli found some good lines and lap after lap chipped away at the lead, reducing the gap down to half a second until he was obstructed by a lapped rider, meaning the Sicilian had to settle for second. In race two Tony got his third hole-shot of the weekend and this time, on an even rougher track! Riding his KTM 450SX-F at an impressive pace TC crossed the finish line in first position, winning the eightieth Grand Prix of his incredible career and his third of the season. TC222 keeps the red plate on his bars and now leads the standings by 44 points from second and 45 from third. Next race in 6 days, on the French soil of Erneè. 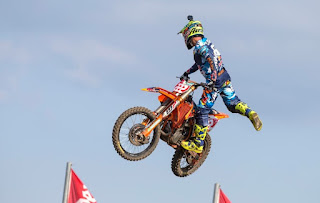 Antonio Cairoli: “I’m really happy, I got three good starts this weekend and this is what we have been working on for a little while. On a track as rough as the one we had today, it was really important to try and ride smoothly and without any mistakes. I enjoy riding here because the soil is similar to that of my home track. In the first moto I got the hole shot, but Jeffrey was real close to me and he was very fast in certain sections. He quickly closed down the gap and managed to pass me. He was the fastest on track during the early part of the race, and I lost contact as I was constantly searching for good lines. 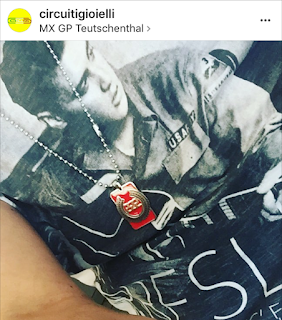 After a while I managed to find my rhythm and picked up a good pace, managing to close the gap down. Unfortunately I got caught up with some lapped riders, losing valuable seconds, and couldn’t get close enough to try for the pass. Anyway there was still a second moto to try to get the GP win, so I concentrated on getting another good start and then just put my head down and pushed hard for the whole moto, which worked out pretty well for me! I’m really happy with this victory and in extending my points lead, even though it’s not vitally important at this point of the season. I’m already looking forward to the next race in France, where we will have many fans! It’s a nice track and I want to try and have fun and to keep focused on good starts, as in today, because this is crucial. I also want send with my fiancé Jill a special thought to our friend Nicky Hayden and his family, wishing him to win the hardest battle of his life.”Race 1
1-J.Herlings 2-A.Cairoli 3-G.Paulin 4-C.Desalle 5-J.Van Horebeek