The fourth round of the MXGP series 2017 took place this weekend on the Mexican hard soil of the Parque Metropolitano of Leon, 400 kilometres northern from Mexico City. With high temperatures, rising the 30°celsius and the high altitude of 1800 meters on the sea level, the Grand Prix of Mexico is one of the most demanding races of the year. Twelfth after the timed practice, Tony took a good start in Saturday’s qualifying race, being able to pick the sixth gate for Sunday’s races. In the first moto the Italian had a good jump out of the gate and was close to the hole-shot, passing fourth on the finish-line of the first lap. 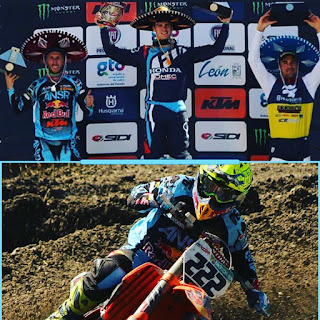 The Red Bull KTM Factory Racing Team rider pushed hard till the end to try gain positions but the ground conditions, prevent any attempt to overtake. In the second moto the eight time World Champion started in middle of the group but with a great move, managed to pass a huge number of riders in the first two corners, completing the first lap in second position. Cairoli funded some good lines on a tricky and slippery track and had an impressive rhythm with his KTM 450 SX-F, till the end of the race, when he passed under the chequered flag in second place, going for the second step of the podium that is his best result in Leon so far, after the third place scored in 2014. Next race will be hosted on the rocky circuit of Arco di Trento, in Italy, in 15 days. 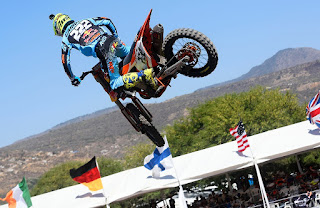 Antonio Cairoli: “It’s been a very tough race today, even if I’ve been prepared for this. For some reason for me it’s very difficult to go fast on this track and I knew that if I could save the damage today and bring back home some solid points, I would be pleased. Tim is very fast on this track and finish second is what we where looking for, so I’m happy about how it went, I’m just a little bit upset with the first moto, because I got the speed to finish second and I could go faster but here is very difficult to pass and if you’re too aggressive, you risk to crash. 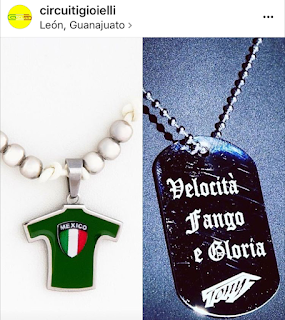 Anyway the fourth place of the first moto was good for the standings and I’m happy with the way the second one went, because I was able to recover fast, from middle group to the second place during the first lap, trying to put some pressure on Tim. We still need to work on several points, like the starts, because also today they weren't perfect and on my fitness, specially when the rhythm of the race is so high but overall it was a positive race. Anyway, I look forward for the next round in Italy in two weeks, where I will meet my fans. Even if Arco is not one of my favourite tracks, I have good memories from the past and I’ll do my best to be again on the podium in front of the Italian crowd.”