After the desert of Qatar the MXGP circus moved to the tropical forest of Indonesia for round number two of the 2017 Championship. The race was hosted in the island of Bangka on the track builded near by the local airport of Pangkal Pinang. 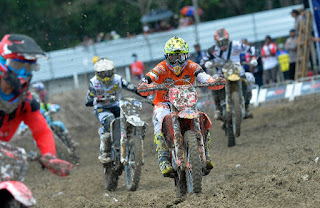 Unfortunately the weather conditions were not good since some weeks and the rain continued falling every day till Saturday. Despite the hard work made by the hundreds of worker employed to prepare the track, it was so necessary to change the Saturday’s time schedule and to cancel timed practice and qualifying race, hoping for better forecast on the next day, using the free practice time as classification for the grid on Sunday’s morning race. The morning after the sun was shining and after a tricky warm up the track was drying, allowing to start race one. Antonio Cairoli lined up his KTM SX-F 450 at the fourth gate and took a good start but loses a lot of time in looking for good lines during the first lap, going down till the eleventh place. After few laps rode with precaution Tony funded better speed and started a solid come back from out of the top ten till the final fourth position. With moto two cancelled due to the extreme weather condition with sub equatorial heavy rain falling on track, the final result of the GP of Indonesia is a fourth place what allow the KTM Red Bull Factory Racing Team rider to keep in his hands the red plate of leader of the MXGP Championship. Third round of the Motocross World Championship in two weeks in Argentina for the Grand Prix of Patagonia. 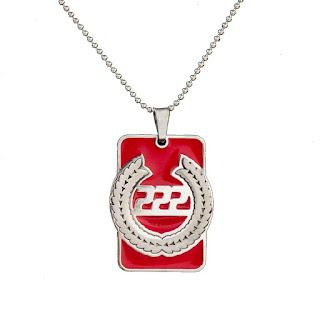 Antonio Cairoli: “It was a good weekend, the track was a nice one and the crowds amazing only the weather conditions were very bad during the all weekend but at list we could ride one moto and we could make a good fourth place witch is good for the standings and I think that is great that my team mate is on the podium, because is working very hard with me and he is improving a lot. I didn't had a good start and then I was riding too carefully, taking care of not stuck somewhere in the mud and I was back out of the top ten. Then I was riding safely and I passed somebody, while somebody crashed and somebody get stuck in the mud. Now I look forward to go in Argentina what is one of my favorite track and to meet the amazing South American crowds."