2016 end on the podium for Tony Cairoli

The last round of MXGP 2016, the eighteenth, took place in California, on the historic track of Glen Helen, famous for the long climbs and steep descend to deal with the throttle wide open. Antonio Cairoli, just back from two weeks of bad flu, which caused him to under performance in the last race at Charlotte, arrived on the track determined to finish the FIM World Championship with an excellent result and to confirm the second place in the standings. 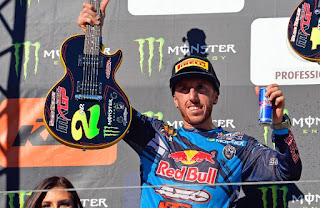 After showing good speed during the qualifying sessions, the Red Bull KTM Factory Racing Team rider has had to deal with a bad crash, just few meters after the start, caused by a contact with an opponent, which forced him to restart dead last. With a good recovery, carried out with great determination, the Sicilian finished eleventh, securing a gate near the top ten for Sunday's race. 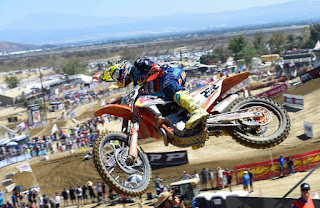 In Race 1 Tony made a good start, passing third at the first corner and grabbing the lead after five laps, keeping it until the eighth, when the speed of the Californian Tomac, has prevailed on the eight-time World Champion, who finished behind him. In race two, Antonio went off the gate well again, taking the lead after two laps, until the ninth lap, when he had again to surrender to the american rider. With his KTM 450 SX-F Cairoli wins therefore the second step of the podium, the eighth of 2016, closing the Championship at the second place overall, at the end of a complicated season, conditioned by winter injury. Tony and KTM also awarded the trophy reserved for the rider that scored more hole-shots. Next race in two weeks on the track of Maggiora for the Motocross of Nations. 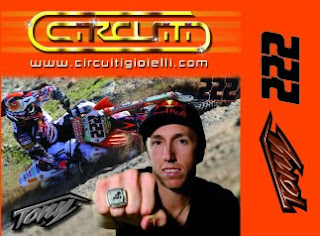 Antonio Cairoli: “Glen Helen is a track that I like and this year the organizers have done a great job. Last week in Charlotte I was very sick and I had to take medicine and antibiotics, that I have only suspended Wednesday and I knew that with the heat it would be a tough race. I knew to have 20/25 minutes to give everything, after which I had to think above all to defend myself, and so it went; in the end I did not have the speed to withstand Eli Tomac but I'm satisfied with my races and with the podium. This was one of the toughest seasons of my career, with different problems to be addressed and I hope it is a good starting point for 2017, to be ready to fight again for the title. The second place finish rewards us for the great job done, never giving up even in the most difficult moments, I want to thank the team and all those who contributed to this great result. Now I wanna see the Italian fans in Maggiora, in two weeks, for the Motocross of Nations, where we will need all their support to aim for the podium.”
Next race: MXoN, Maggiora, ITA 25/09/16
Race 1:
1-E.Tomac, 2-A.Cairoli, 3-M.Nagl, 4-T.Gajser, 5-J.Van Horebeek
Race 2:
1_E.Tomac, 2-A.Cairoli, 3-T.Gajser, 4-M.Nagl, 5-G.Paulin
Grand Prix:
1-E.Tomac 50p. 2-A.Cairoli 44p. 3-T.Gajser 38p. 4-M.Nagl 38p. 5-G.Paulin 27p.
World Championship Standings:
1-T.Gajser 731p. 2-A.Cairoli 647p. 3-M.Nagl 603p. 4-R.Febvre 564p. 5-E.Bobryshev 545p.
Etichette: glen-helen Maggiora Tony Cairoli