The twelfth round of the World MXGP was held in Mantova, on the sandy track of the Tazio Nuvolari circuit. The Red Bull KTM Factory Racing team rider had to bite the bullet and fight the scorching heat during the sessions of timed practice, in qualifying race and in the races to bring an unexpected fourth place finish at home that allows him to be second in the standings with six races to the end. Tony, despite breaking his left hand in England a week ago, made the choice not to take drugs and painkillers to avoid compromising its capabilities, due to the high temperatures that marked the entire weekend. A courageous choice for the eight-time World Champion that finished eighth in the qualification and took the start of race one with good determination. 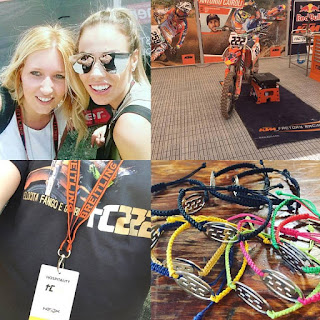 Compromised the chance to fight for the top positions, because of a contact at the start, Cairoli has struggled with all his might to remount from last to sixth place the heats. In race two, Antonio launched his KTM 450 SX-F at full speed out of the gate, signing a sensational hole-shot, which enabled him to lead the group from the first corner. Cairoli ended the second race in third place after a thrilling battle with the red plate of the series Tim Gajser in front of the 27000 noisy spectators, excited by the memorable duel. Next appointment in three weeks in the Czech Republic for the thirteenth round of the 2016 World MXGP Championship.

Antonio Cairoli: “Unfortunately the first start wasn’t good enough and I had a contact with two riders, so i was last at the first corner. 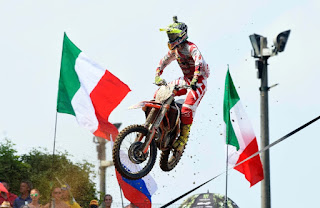 I made a good comeback and I passed 27 riders in the first lap but this takes me a lot of energies and with this kind of temperatures it’s tough. I was able to come back to six but i was very tired, also because with my injury I couldn't train during the week. Second moto was amazing, with a good start and good pass with Tim that is at the top of his form at the moment. Winning the heat was possible but unfortunately i over jumped a table top and I twisted my wrist again. It was painful and I had to slow down for two laps, so he came back and managed the way to pass me. I did a little mistake in the last lap that costed me the second place but overall I’m happy because I did the right choice, deciding to don't take any pain killers and medicaments that could create come troubles with those temperatures.” 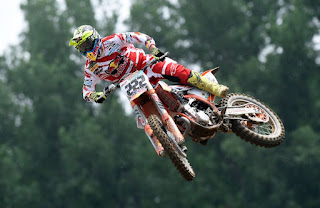